The country-specific crude case fatality rates (CFR), the percentage of COVID-19-associated deaths among confirmed SARS-CoV-2 infections, have been the subject of much speculation. There are still striking differences between countries. According to worldometer.com accessed on October 12, 2020, the crude CFR between the 100 most affected countries (in terms of absolute numbers) ranged from 0.05% (Singapore) to 10.2% (Mexico). Within the 10 most affected countries in Europe, the CFR range was between 0.8% (Czechia) and 10.2% (Italy).

Although it is well known that the CFR of a disease can be biased by detection, selection or reporting, and although it became quickly clear that older age is a major risk factor for mortality, many other factors contributing to regional differences throughout the world have been discussed in recent months. These factors include not only differences in the overall age structure of the general population of a country and co-residence patterns, but also co-morbidity burden, obesity prevalence and smoking habits as well as societal and social psychological factors. Others include heterogeneity in testing and reporting approaches, variations in health care system capacities and health care and even political regime. Different virus strains or even environmental factors such as air pollution have also been discussed, as well as potential differences in genetic variability or even “trained immunity” induced by certain live vaccines such as bacillus Calmette-Guérin.

You can probably forget most of these speculations.

There is no doubt that the marked variation of CFR across countries will diminish over time, for example, if less affected countries such as Korea or Singapore fail to protect their older age groups; or if countries with high rates at the beginning (such as Italy, Belgium or Sweden) start to implement broad testing in younger age groups. This process has already begun. In Belgium, for example, CFR peaked on May 11 with an appalling rate of 16.0%; it has now dropped to 6.3%. The CFR in the USA peaked on May 16 (6.1%) and is now less than half that. Germany started with a strikingly low CFR of 0.2% by the end of March (prompting much attention even in scientific papers), peaked on June 18 (4.7%) and is now (October) at 3.0%.

Figure 1. Association between case fatality rate (CFR) and the proportion of persons over 75 years of age among all confirmed SARS-CoV-2 cases (R2 = 0.8034, p < 0.0001). The circle sizes reflect the countryspecific numbers of COVID- 19-associated deaths per million habitants; the linear fit prediction plot with a 95% confidence interval was estimated by weighted linear regression (weight = total number of COVID-19-associated deaths). Reproduced with permission. 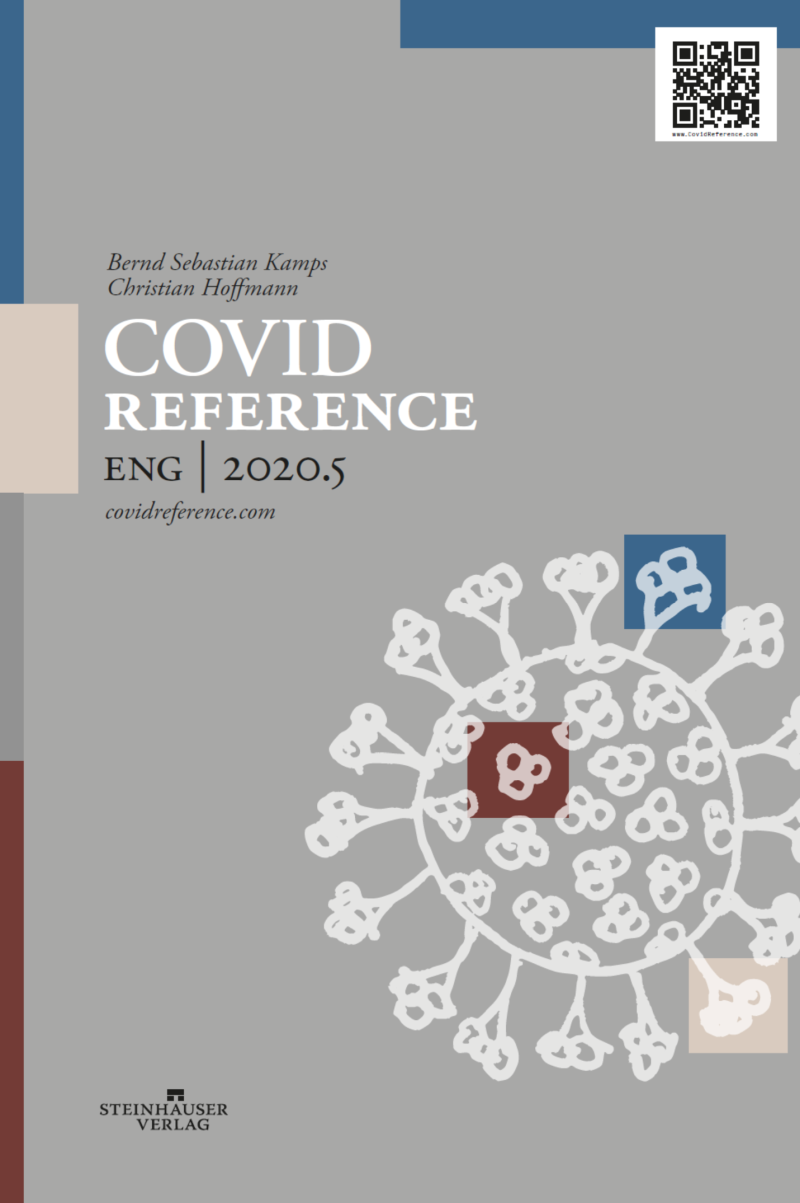